I’ve come to realize how often the conversation stalls when it comes to consent outside of the bedroom. Click To Tweet

As this is Pride month, I began to flash back to the various ways I had come to accept as normal in the party atmosphere of the Pride parties I’ve been to over the years.

Every time I go to a Pride event, at least one of the following 5 things happens:

1. Someone (usually a gay man or a straight girl) grabs my breasts or costume without asking

2. Someone takes a sneaky photo without my consent or knowledge

3. Someone tries to offer me something dosed without letting me know upfront

4. Someone loudly interrupts a conversation I’m having (almost always with another queer femme) to center themselves in a desperate bid for attention

5. Someone will attempt to use their inebriation as an excuse for crossing my boundaries

I want to acknowledge that it is not just heterosexual allies who do these pushy, entitled things, but fellow queer folks. From talking to my friends, it seems it’s sunk into the common consciousness as just something one has to tolerate to be in those spaces.

I think that’s absurd, and I wanted to offer a quick and easy guide on how to perpetuate consent culture in these spaces so everyone can celebrate and feel safe.

2. Let people know before you take their photo. I have a very selfish reason for this – I generally want to see copies of photos taken of whatever awesome outfit I’m wearing! But there’s other reasons why this is important. It’s respectful, and indicates that you’re not trying to be sneaky or creepy. It also allows people to say “no thanks,” which, if you don’t let them say no, they can’t really consent, can they? There’s lots of good reasons people don’t want their photo taken – they may not be out, they may have dysphoria, they may be shy, they may just not want to be the subject of a photograph. Ask, and respect the response.

3. PLEASE tell people if your cookies are “special.” If you don’t want to take the risk of having your dosed goodies intercepted by the cops? Don’t bring them. As someone who is really allergic to weed, getting accidentally dosed by a well-meaning partygoer could really ruin, not just my day, but my whole week. Also, don’t waste good edibles on people like me who will just end up hospitalized! Give them to folks who will really appreciate them.

4. Be respectful of people’s space. We covered physical space in the first point, but I also want to encourage you to be respectful of people’s emotional boundaries. If you’re a heterosexual woman, maybe don’t go to a bunch of parties specifically marketed to gay men – similarly, if you’re a straight man, leave lesbians alone? If you’re white, sit out the Pride party your Black and brown friends have that’s POC only. If your trans friends need space to process their feelings, don’t invade.

5. Drink more water, cause being fucked up is not an excuse to violate people. For many cities, Pride is less of a protest and more of a party. I have mixed feelings about that, on a personal level, but it’s where we’re at now. Oftentimes, Pride means a lot of outside drinking in the sunlight, sweating from dancing all day, perhaps indulging in other chemicals, and just not drinking enough water. Dehydration and being under the influence can certainly join hands in leading people to make poor decisions about boundaries, both their own and other people’s. Don’t be that person getting sloppy at Pride. Make sure you eat properly, and drink a bottle of water for every drink *at least*. Your liver and conscience will thank you.

This list is by all means not exhaustive – there’s lots of other ways you can encourage consent culture at Pride! But this is a very good start. By respecting each other’s bodily autonomy, we can ensure that our queer spaces are safer spaces… and by learning and modeling how to do it better, maybe we can shift the cultural consciousness. Or at least have a better party. 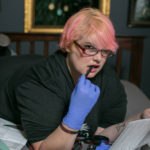 Kitty Stryker is a feminist writer, queer activist, and rising authority on developing a consent culture in alternative communities as well as an active member of the genderqueer feminist art collective, the NorCal Degenderettes. She was the founder of ConsentCulture.com, a now offline website that ran for 4 years as a hub for LGBT/kinky/poly folks looking for a sex critical approach to relationships. Now fundraising for a book tour in honor of her book “Ask: Building Consent Culture” (an anthology through Thorntree Press coming out in 2017), Kitty tours internationally speaking at universities and conferences about feminism, sex work, body positivity, queer politics, and more. She lives in Oakland, California with her wife, boyfriend, and two cats, Foucault and Nietzsche. For media inquiries and bookings, email miss.kitty.stryker@gmail.com. 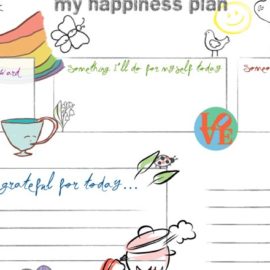 I went to a Gay Sex Workshop