The last time I saw Macau ( A Última Vez Que Vi Macau ) is a “film essay”, following a man’s  return after thirty years of absence to the ex-Portuguese colony – this time to help a friend in need. Co-Directed by João Rui Guerra da Mata together with João Pedro Rodrigues of O Fantasma and To Die Like a Man fame.

I always had a bit of a soft-spot for Macau, this little sibling of Hong Kong, that somehow combines the worst and best of (post-)colonial China, that packs together the lure of far East with the traditions of Europe. A place I experienced as strange yet familiar when visiting from Hong Kong. Needless to say, the title of the movie already intrigued me. Added to this that the movie was made by the Portuguese director who directed To Die Like A Man and O Fantasma (review coming soon), just fueled the anticipation (and expectation) I had to finally watch the movie.

Let’s be clear here: It is not a gay themed movie. The only “LGBT”-reference is a transvestite (Candy) who is the  reason for the protagonist (Guerra da Mata) to return to Macau. as far as the story goes, Candy, who left Europe seeking an easier life in Asia, is in trouble – and Guerra da Mata is the only friend she can can rely on to help her. Thus begins the journey of Guerra da Mata to find and help Candy, and his rediscovery of Macau, where he spent his youth.
It is also not a thriller. In fact, the story is mostly the canvas upon which the film builds a portrait of Macau: Away from the glitzy casinos and swish shopping malls – and dives into the underbelly of this “not quite Chinese”, and “never really quite Portugal” city state. A bit like Candy, Macau is something “in between”. What follows is very much a “city symphony”, images of Macau in bright neon light in the run down back streets of the city.

This “in between” is, what made the movie intriguing and fascinating for me: A bit like my experience of Hong Kong: a different place, where nothing is quite what it seems and a different story lurks behind every corner. Seedy, grotty, beautiful, poor and intriguing. That is the impression of Macau I’m left with after watching the movie (and very much like the real life Macau I experienced). Not the sort of glossy place the Chinese Tourist Board would like to portray, but a place with dark secrets, mystery, promises and bright lights in equal measures.

If you haven’t been to Macau, I can imagine the film being quite strange. For me, it resonates a lot with the city. And yes, the story line is holding the film together, but it isn’t the main actor here: the main act for me is played not by Candy or Guerra da Mata, it is the city itself, and the sights and feelings of Guerra da Mata as he tries to find Candy. Overall, the movie reminded me a lot of “London” and “Robinson in Space” by Patrick Keiller,  with a more “exotic” twist. Not just because of the near invisibility of the main character and narrative, but the way the film explores “the other”, unseen side of this Asian metropolis. Definitely a movie I highly enjoyed watching, and I would recommend it to anyone trying to get a glimpse of this fascinating “special administrative region”, stranded somewhere “in between” China, European theme park, glitzy Las Vegas of the East – and the dark sides of sex, crime and gambling. 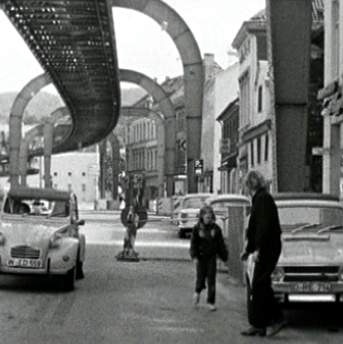