The Carnation Revolution swept away the fascist regime of the Estado Novo on April 25, 1974. However, despite the return to democracy and fundamental changes in Portuguese society, advancement to become one of the most liberal countries worldwide in terms of gay rights was a slow progress.

First gay rights organisations emerged shortly after the Carnation Revolution.  Although homosexuality was still technically illegal, Lisbon started to have a more open gay scene. Although unofficially gay bars had existed in the Bairro Alto district, bars and clubs became more overt following the revolution: Lisbon’s oldest, still existing gay bar, Finalmente, opened its doors in 1976, presenting nightly drag shows until today. MHAR, Movimento Homossexual de Acção Revolucionária was the first official LGBTI+ organisation, established just one month after the April revolution.However, these organisations lacked support of both the government as well as a support base in the traditionally more progressive left-wing parties. Nevertheless, homosexuality was decriminalised, between consenting adults, in 1982. 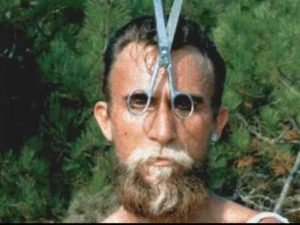 As in other countries AIDS changed the face of gays in Portugal: National organizations such as the Comissão Nacional de Luta Contra a SIDA [National Commission for the Fight against AIDS] and the charity Abraço brought increased visibility to gay life. The death of António Variações, a high musician, as a result of AIDS, widely  shocked Portuguese society in 1984.

During the 1990s, gay life in Portugal underwent dramatic changes: The Partido Socialista Revolucionário (a predecessor of today’s Left Bloc Party) was the first political party to call for an end to machismo, homophobia and discrimination in 1991. Organisations, still active today were established: ILGA Portugal, established in 1995, and Opus Gay (1999) emerged, and Lisbon became home to the first Arraial Pride in 1997 – and the  Marcha Nacional do Orgulho LGBT. The LGBT Centre of Lisbon opened in 1997, and, also in 1997 the first film festival established in the Portuguese capital was the “Festival de Cinema Gay e Lésbico de Lisboa”,  known as QueerLisboa.

The new Millennium
If changes during the 1990s were seismic and dramatically changes in attitudes, the new millennium saw an increased focus on establishing equal rights, particularly in the eyes of the law: In 2001 civil partnerships between same-sex couples were introduced. In 2003, workplace discrimination was outlawed. In 2004, the original constitution of 1975 was amended to prohibit any form of discrimination based on sexual orientation, and in 2007 the Penal Code was amended to exclude all mentioning of homosexuality and amended to include specific laws criminalising  discrimination because of sexual orientation  and laws in relation to homophobic crimes.  From 2009 mandatory sex education in schools started to include LGBTI+-related topics, and in 2010 the blood donation ban for gay and bisexual men was lifted. Marriage equality was achieved in 2010, although this originally excluded the right to adopt children. This last restriction was lifted in 2015, and the right to adopt children was granted to same-sex couples. Finally, in 2016, assisted reproductive technology, such as invitro-fertilisation was allowed for lesbian couples (and single women).

Today, Portugal ranks as one of the most liberal countries in Europe according to the ILGA Rainbow Europe ranking. Jointly with Spain, it holds the 4th position in Europe with a human rights score of 70%, just behind Denmark, and ahead of countries like Sweden, Norway and the Netherlands.

Please bear in mind that I’m not a historian (nor Portuguese for that matter…), but just compiled this based on my reading. It would be great if you could add any omissions or corrections below! Thanks!… Of course, I also realise that I have mostly focused on gay items. I hope I can find out more about lesbian and trans history in the future and share it here!

Establishment Day of the Republic – 05 October